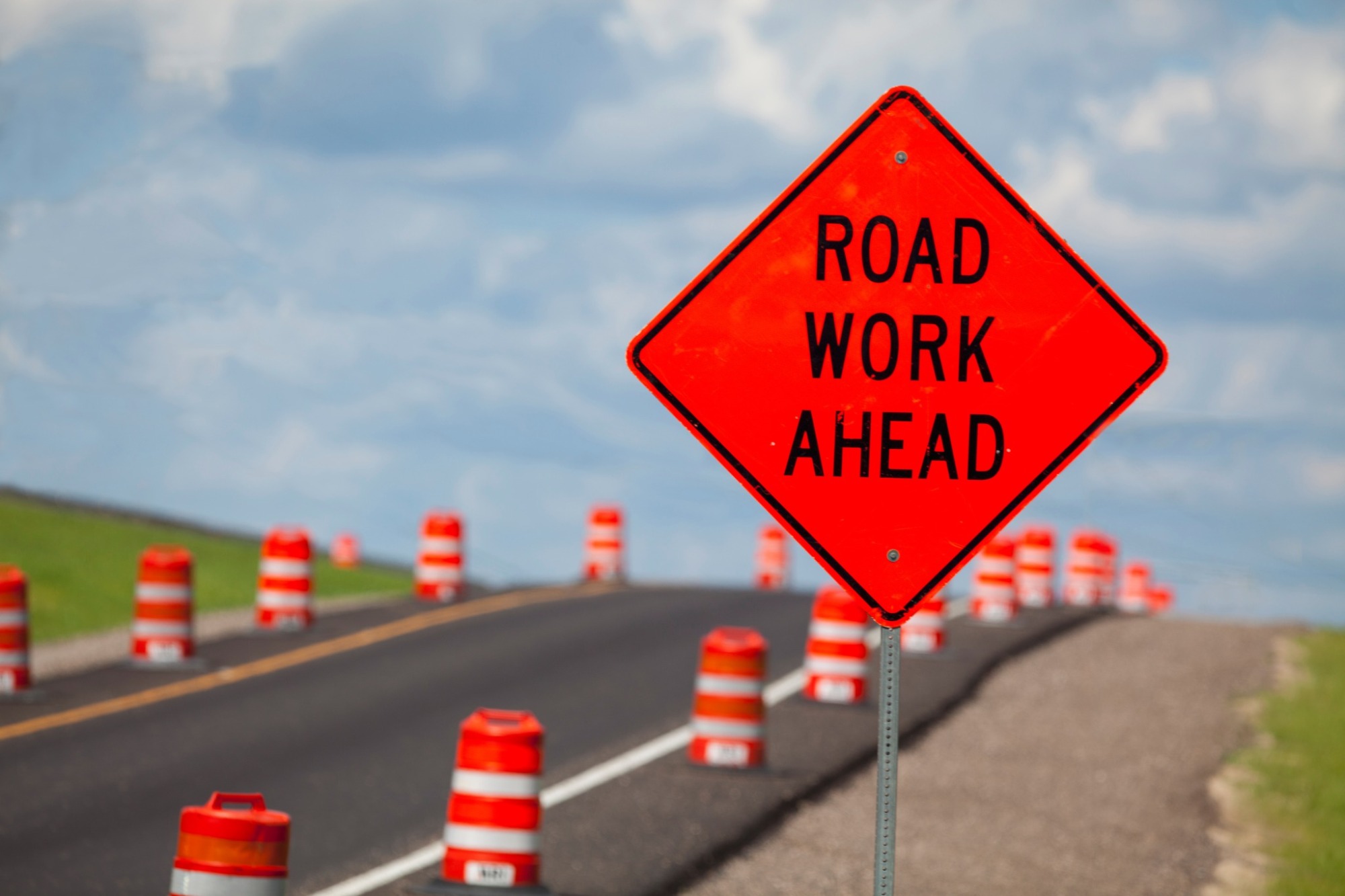 Highway F35 (often referred to as the Farmhand Road) from just east of East Street to T38 is going to be resurfaced. There has already been some surveying taking place in the area. The first real noticeable step will be to remove the pavement at each end of the project to allow the new pavement to meet the old at the same elevation. This is currently planned to begin the week of April 25th. The new surface will be concrete, and the road will be closed during placement of the concrete. Access to properties will be maintained as much as practical, but it will not be possible to drive through the project. It will be possible to drive through after the concrete has a chance to cure, but there will still be work going on that will make an alternate route more desirable.

This resurfacing project involves placing a thin layer of rock over the existing pavement and shoulders and then placing 7 inches of concrete on the roadway and shoulders. Many different things need to happen for the completion of the project, and the various operations will have different effects on the usage of the road.

The Pavement Removal at each end of the project involves removing the existing pavement for about 500′. About 1′ of the underlying soils will also be removed and replaced with rock. This is necessary for the new pavement to meet up with the old pavement at each end.  Each end of the project will take a couple of days to complete. It will not be possible to drive through while this work is taking place. When this work is done and prior to the placement of concrete on the road, the contractor will leave a rock ramp to allow vehicles to get through. This will allow local traffic in and out, but it is still advisable for through traffic to find an alternate route.

We don’t know the period of time between the removal of the existing pavement at the ends of the project and the placement of the concrete on the road, but it will likely be about a week. Vehicles will not be able to drive through during placement and until the concrete is strong enough. In order to determine how long it will take to drive on the new concrete we will be using what is called the Maturity Method. Samples of the concrete will be made and tested prior to the project. Part of the testing is monitoring the temperature of the concrete. This allows us to develop a correlation between the temperature of the concrete and its strength. Probes to monitor temperature will be placed in the concrete roadway as it is being placed, and when the appropriate temperature is reached we will be able to allow traffic on that section of the road. Each project is different, but it has been common for us to have the road reach adequate strength for passenger vehicles within 36-48 hours of placement. Heavier loads generally take 48-72 hours.

There will be work to perform after placement of the concrete that will make alternate routes more appealing. The rock roads will be paved back a short distance, shoulder rock will be placed, rock will be placed in driveways, and pavement markings will be applied. All of these operations will cause additional vehicles and workers to be onsite. All of these are a hazard for vehicles trying to pass through, and the vehicles passing through are a hazard for the people working on the road.

posted 4/12/22 · Secondary Roads Highway F35 (often referred to as the Farmhand Road) from just east of East Street to T38 is going to be resurfaced.
©2022 Poweshiek County, Iowa
powered by